In order to reduce spam, their email contacts are not typed out below, but each can be reached by using their first name, followed by @aglink.org.

Growing up in Albany, Mallory spent high school summers playing basketball and driving a tractor raking grass straw on farms around the Mid-Willamette Valley for her dad’s straw business. After graduating from West Albany High School, she moved into the Mehling dormitory at the University of Portland where she studied Global Business, Spanish and Entrepreneurship. She jumped at every opportunity she could to travel around our country and the world with the University, making it to six states and four countries during her four years on the Bluff.

Shortly after graduating with a BA in Business Administration in 2010, she returned to Albany and learned the paperwork side of the family straw business. She helped coach the girls’ basketball team at her high school alma mater and spent lots of time with her family, most notably spoiling her niece.

After receiving her TESL/TESOL/TEFL certification, she seized an opportunity to teach English in the Sacred Valley in Peru and moved to South America for 8 months. She traveled around Peru, Chile, Argentina and Bolivia before returning to the United States. In addition to traveling, Mallory also loves baking, sewing and doing any number of outdoor activities including biking, hiking, camping or disc golfing. She is slightly obsessed with her Alaskan Klee Kai pup, Drex.

Mallory’s favorite part of working at Oregon Aglink is the connections she makes with farmers. She loves helping them share their stories and facilitate the conversations between urban and rural populations in hopes they can better understand one another.

Allison has lived in Oregon her whole life: born in Klamath Falls, raised in Corvallis, educated in Portland and Eugene, with lots of visits to family throughout the rest of the state. She loved field trips, fairs, and any chance to be near livestock from an early age and always wished she was cool enough to earn an FFA jacket. She didn’t come back around to that early passion for animals until she had nearly finished a graduate degree in literary studies at the University of Oregon. Several projects on the history of how urban populations perceive and write about rural and agricultural spaces led Allison to put down the old books and look at the present need for dialogue between urban and rural communities.

After six years of teaching writing and argumentation at the University of Oregon, Allison was excited to use her skills for some problem-solving in the real world. Plus, sharing good articles on farming and visiting fairs is part of her career and not just a hobby anymore!

All of the experiences in Portland, Corvallis, and Eugene have connected her with the urban and non-farming audiences that Aglink is working to reach. Assisting with Adopt a Farmer, contributing to AgLink magazine, and maintaing the membership programs are just a few of the tasks that make her very happy to be part of the team. 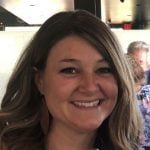 Born and raised in the country outside of Salem, Liz spent her spring breaks and summers fertilizing Christmas trees and trimming the tree “handles”  for her dad and uncle.  In high school, she started working at AgriSeed Testing, which led to jobs at Pratum Coop/Mt. View Seeds, and Ioka Farms during college. After graduating from Oregon State in 2003 with Bachelors degrees in both Business Administration & Marketing, and General Agriculture, Liz accepted a full time job in turf and forage seed sales and marketing with Ioka Marketing, LLC.

A big love of agriculture led her to serve on the Oregon Ag Fest board for 10 years, including a term as Chair, and the board for the Oregon Association of Nurseries Willamette Chapter for 3 years.

Liz now resides outside of Silverton with her husband Andy, and kiddos Aiden and Finley, where they farm hazelnuts, grapes, an ever-expanding garden, and an unknown amount of chickens.

Helping kids, urban and rural, to see and understand the real daily connection they have with Oregon Agriculture is Liz’s favorite part about working for Oregon Aglink. 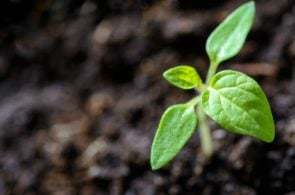 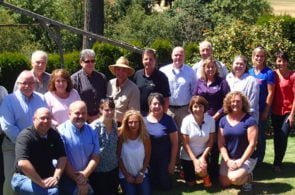 Committees
We are a private, non-profit volunteer membership organization dedicated to growing agriculture in Oregon through education and promotion; bridging the gap between urban and rural Oregonians.