Aging farm-owners, shrinking agricultural land, and working with the next generation were central points of the speakers’ panel on succession planning at the Oregon Aglink annual meeting.

Succession at a Glance

According to the Oregon Agricultural Trust, there are 16 million acres in agricultural production in our state. About 64% of that is changing hands in the next 20 years. Of all the owners holding that land, about 81% of them do not have a detailed succession plan.

Similarly, according to Diana Tourney at the Clackamas Small Business Development Center, the number of Oregon farms for sale on some popular websites has more than doubled in the last five years, and in the same period their average time on market has more than tripled.

What does all this mean? Succession plans are not moving quickly and farms are still on the market when property taxes are due. This places farms and ranches at an increasing risk of being divided and sold off to pay the bills, and puts that land out of reach for future farmers and agricultural production. 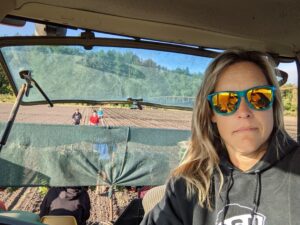 Her Background: McCargar is a fourth generation co-owner of Pearmine Farms, which she runs with her brother Ernie Pearmine. Their father Ron continues to farm alongside them, but the process of succession planning took them around a decade of paperwork and also decision-making around the four Pearmine children and three cousins. For Ron Pearmine and his brother, taking over the farm in the 1970s was simpler in terms of taxes and legal paperwork. Finding a “fair” solution for the next generation involved both accountants and even some family counseling to figure out who felt most ready to take on running the farm and how to get them in that position with buy-outs and apportioning shares.

“At the end of the day, it’s not about feelings, it’s about business.”

Fond memories of growing up on the farm don’t equal a commitment to running it as a business or the skill to do that well.

Her advice: Let go a little and let the next generation prove it. Holding on too tightly to history and tradition might push potential new owners away, and it doesn’t give the next generation (whether they’re related to you or not) a chance to really figure out the work. They’ll probably make some changes, but history and tradition find a way of sticking around too. Communication is key to helping new owners understand your values and why you did things a certain way. 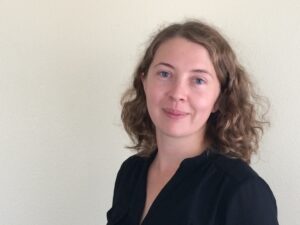 Her Background: A fifth-generation Oregonian, Nellie McAdams grew up part time on her family’s hazelnut farm in Gaston, which she is preparing to take over. Previously, her father had to help divide up the property between himself and his sisters, which forced them to sell off a parcel for a housing development. Now, Nellie serves as the Executive Director of Oregon Agricultural Trust — a statewide agricultural land trust that partners with Oregon farmers and ranchers to pass their land onto the next generation while preventing future loss of productive farmland.

“How do you retire from who you are?”

It can be challenging for farmers and ranchers to think about “retiring” from an identity tied with their daily lives, landscape, and families.

Her Advice: Think about your successor (child, a young relative, farm manager), and then keep going. The ultimate goal is a detailed plan for leadership management, handling costs and taxes, retirement and long-term healthcare, and protecting land from fragmentation and future development that might take it out of agriculture. Once property is in smaller holdings, it’s more vulnerable to development and difficult for new farmers to access. Conservation easements for rights to housing, mining, and so forth can be sold for cash, creating money or tax breaks for existing owners and ensuring it remains in production. 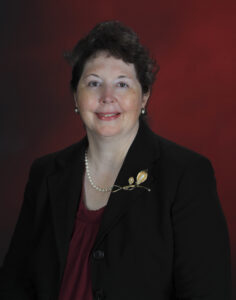 Her Background: After growing up on a farm and then traveling extensively during her husband’s military career, Tourney returned to her roots in farming and ranching in Washington and Colorado. About 15 years ago, she started her own accounting practice in addition to working part time with the Small Business Development Center (SBDC) in Western Colorado and doing adjunct faculty work for various colleges. Around five years ago, she began working with the Clackamas SBDC and has enjoyed serving hundreds of businesses while still owning a small ranch.

“You need to get ready to share information and be honest.”

Do you know your tax base? What are your operational plans and needs for the coming years? Are the people you want to take over the farm or ranch really ready, and are you ready to let them lead?

Her Advice: Besides thinking about a successor, recruit some other planning partners like a banker, an attorney, and someone to assess your real estate and other assets. These professionals offer a clearer look at your resources, your needs, and the steps you need to take to get to where you want to be, whether that’s sitting in a rocking chair or hitting your retirement as active as ever. Small Business Development Centers around the state have resources, advising, and workshops for creating and executing a plan.

Visit aglink.org/resources for more information on these speakers and the resources offered by their organizations.